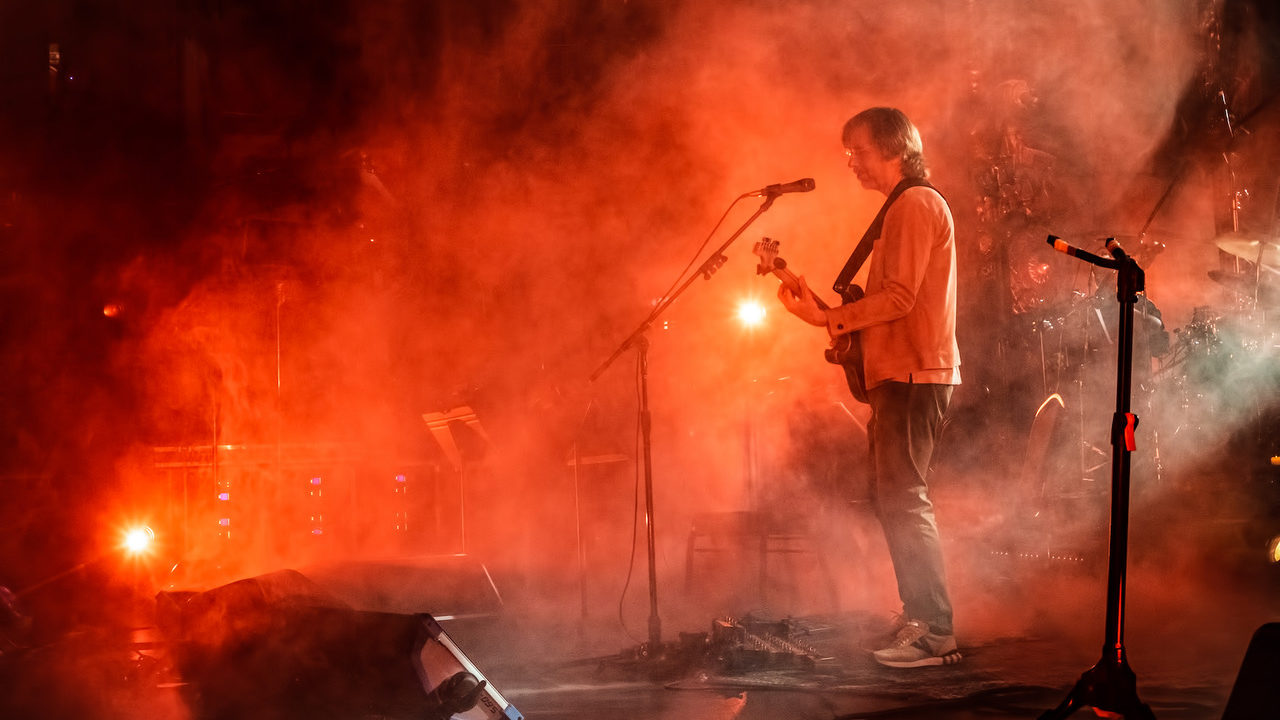 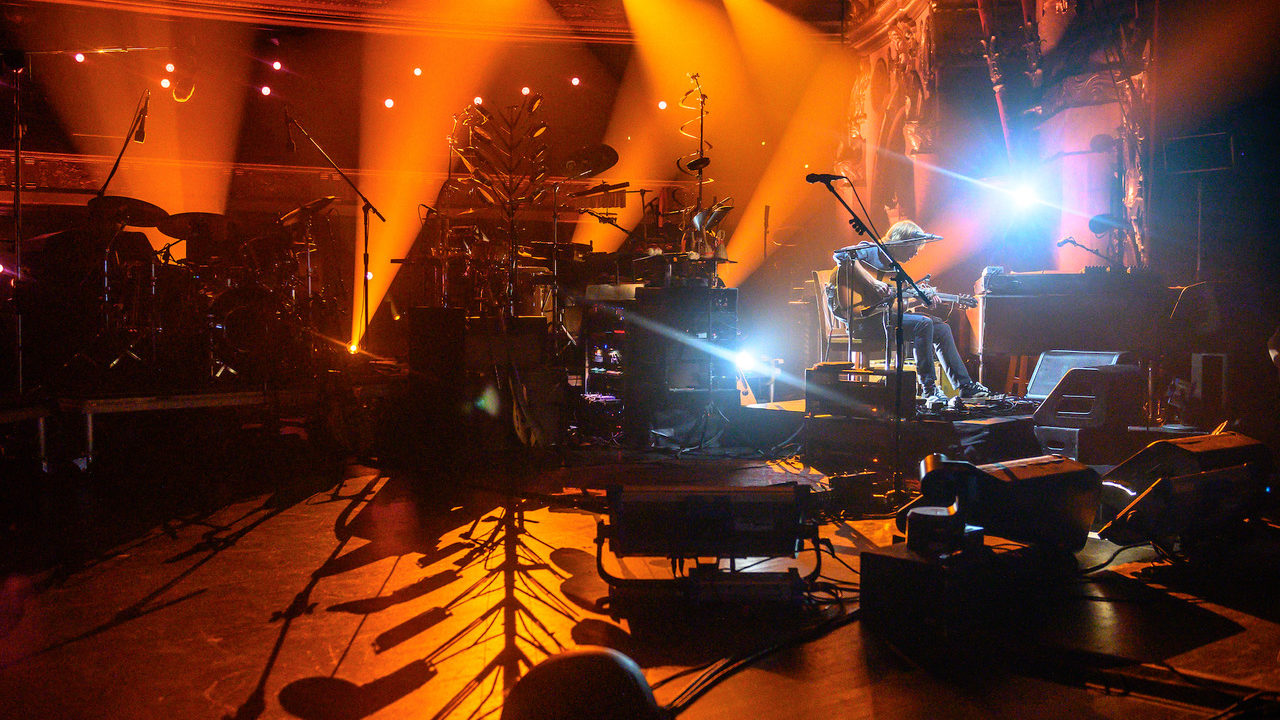 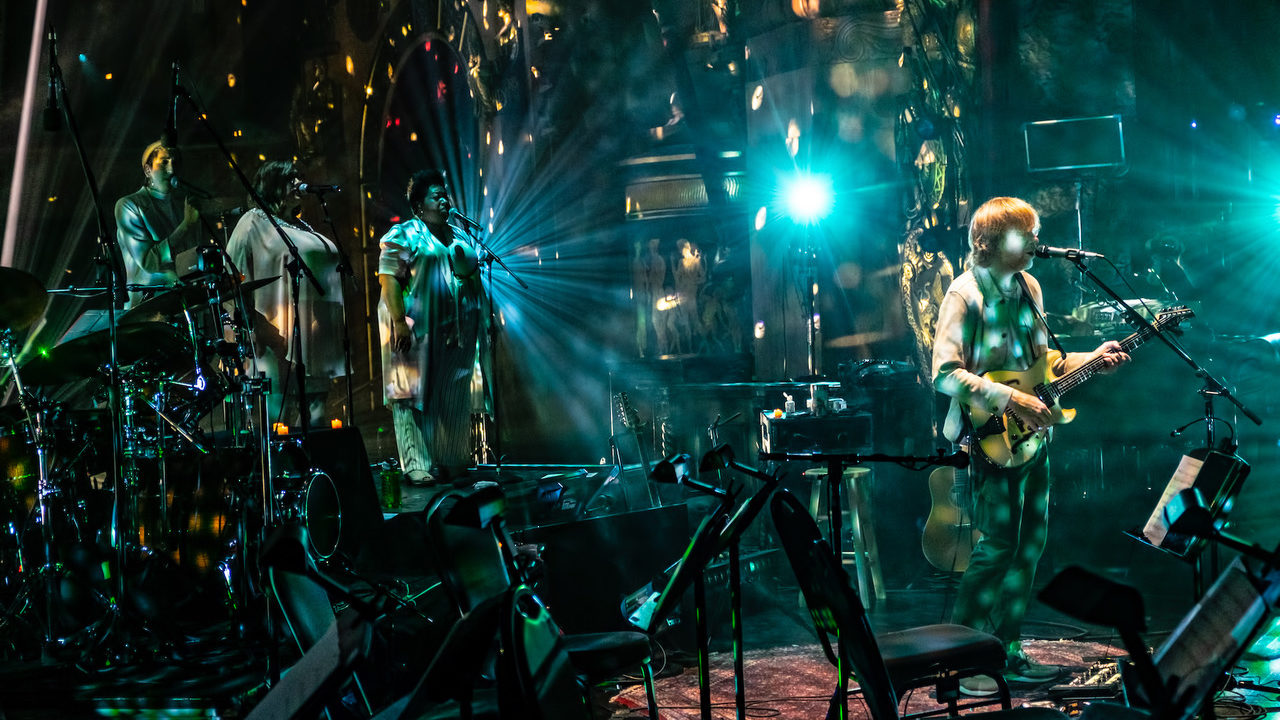 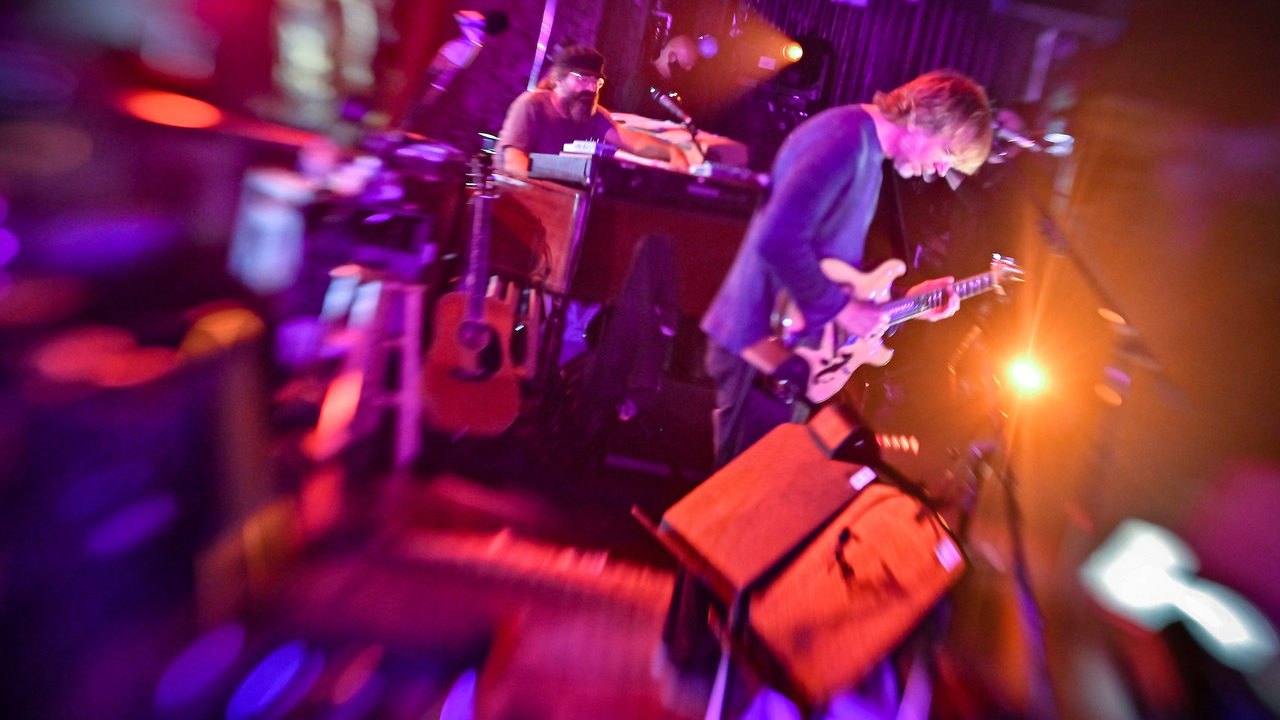 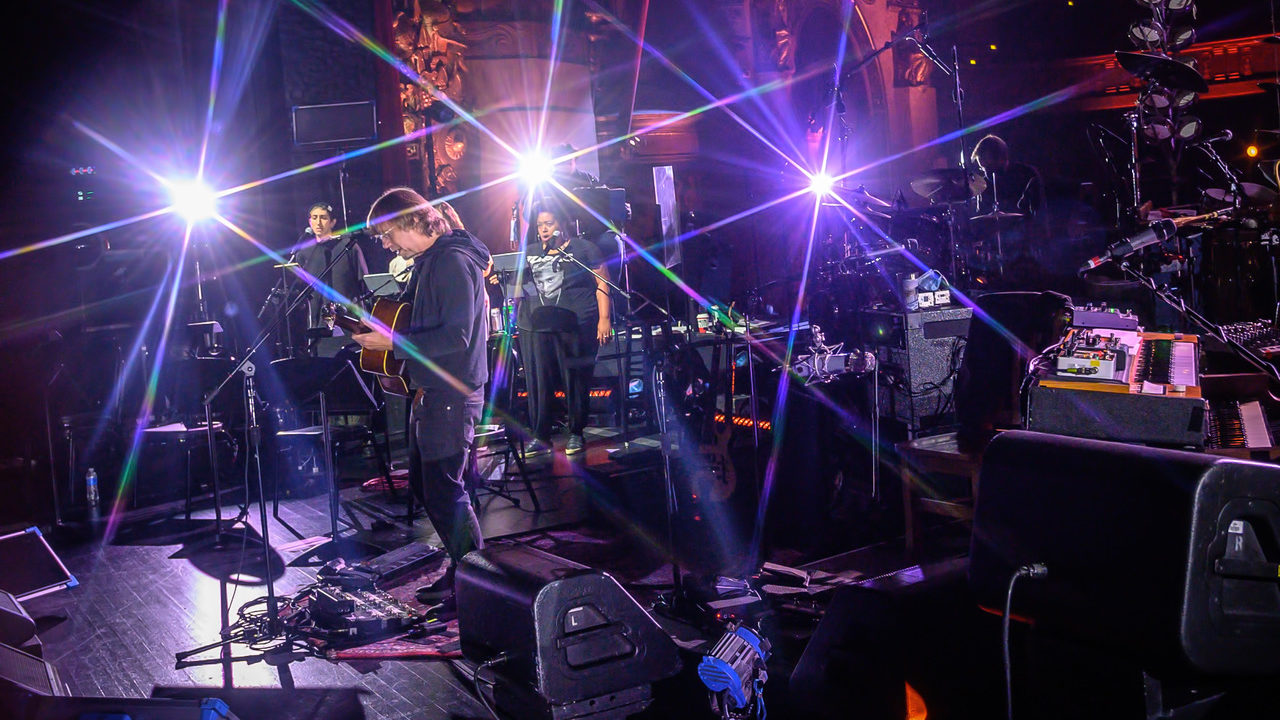 In an unusual twist, since no audience was present, the filming took place on stage in a reverse set-up, with the musicians facing the back wall and the auditorium acting as a backdrop. “The jam sessions were aimed specifically at the home audience, for which we wanted to create an intimate connection that felt like we brought a series of music sessions into the viewers’ own home,” explains Janowitz. “The reverse angle gave us something more like a studio environment into which Mistral fitted beautifully – it was very much in keeping with the look we were trying to create.”

Janowitz needed a fixture that was light enough to mount on rolling C-stands and small enough to integrate into the performance area, yet full of features and with a great output: “Mistral was small enough – and pretty enough – to tuck into all the nooks and crannies between the artists, and gave all the output – and the looks – that I needed,” he says.

Eighteen Mistrals on C-stands were sited on stage to form a total ‘wrap-around’ that defined the space and gave a bespoke look to the ‘own room’ performances. “We could locate them perfectly in the small spaces between the musicians and instruments from where we used them mainly as backlight and sidelight, as eye candy, and to create beautiful flares behind the performers,” says Janowitz. “They were particularly useful in the reverse set-up to fill the void on camera over the artists’ shoulders.

“The Mistral gave a natural lens flare which is very camera-friendly, and they appeared in virtually every shot. Mistral’s precise movement allowed me to make small, live adjustments to its position to guarantee that flare in-camera from every perspective.”

Mistral’s small size and versatility also suited the film and television-style lighting of the live performances. “The power-draw is so low we could put the Mistrals anywhere and simply loop them together very quickly.  Being LED sourced, we were also able to set up the perfect refresh rate for the cameras.”

With different looks to generate for 20+ songs each week over the 8-week residency, with no repetition, Janowitz made full use of Mistral’s gobo and colour palettes. “Mistral has a wide gobo selection which opened up a lot of freedom – I had all the textures I needed,” he says. “It wasn’t so much about tight beam architecture as the aerial textures I achieved by shooting through the stage set and the band. I could get really ‘morphy’ with the gobos and the colour, particularly in the stage-level fixtures which I then mimicked in the Mistrals overhead.”

Although Janowitz originally purposed Mistral as key in creating the ‘near-stage’ picture, he soon incorporated 12 more Mistral fixtures overhead on the Beacon Theatre’s ‘two-ton’ pipe to act as high backlight. “I knew they would be great at 12ft but realised they were also great at 30ft!  From here I was able to use one or two on each musician as a consistent place for the camera to return to between songs. It also meant my nearside, reverse and close overhead lighting were all from the same fixture type, which homogenised how I was able to use colour, texture and intensity and gave a beautiful balance.”

Janowitz was also delighted with Mistral’s 6.7° – 53° zoom ratio: “That’s a really great feature. It was narrow enough to light the musicians from overhead without any spill, yet wide enough to light them fully at stage level – without any heat issues – even when placed in close proximity to the artists. That’s no mean feat in such a tightly packed stage and demonstrates exceptional versatility.”

Trey Anastasio’s Beacon Jams marks Janowitz’s first use of Mistral and he was impressed. “Mistral is a great light to keep in my tool box: it’s small and nimble, full of features, with wide dispersion, texture and intensity. Paul Hoffman and Mikey Cummings of Pulse Lighting (lighting supplier for The Beacon Jams) recommended I try out Mistral on many occasions – it really fills the gap in the market for a small bodied, full-featured, punchy fixture. It also looks attractive. As both production and lighting designer, the over-all look of the stage is important, and Mistral is definitely something I welcomed on the set and in the stage design. Those sleek curves and that distinctly French design go a long way! Having used Mistral, I’m keen to check out its bigger Ayrton cousins to see how they scale up.”

All proceeds from The Beacon Jams went to Phish’s The WaterWheel Foundation and its new Divided Sky Fund which was set up by Anastasio to help those affected by addiction and alcoholism, and help further plans to open a treatment centre in Vermont.