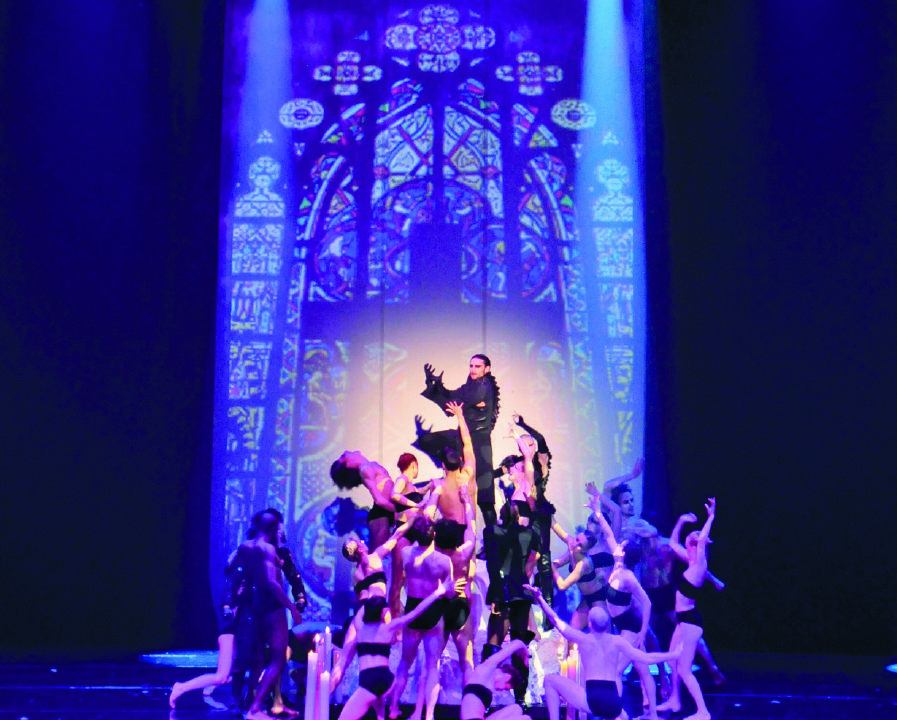 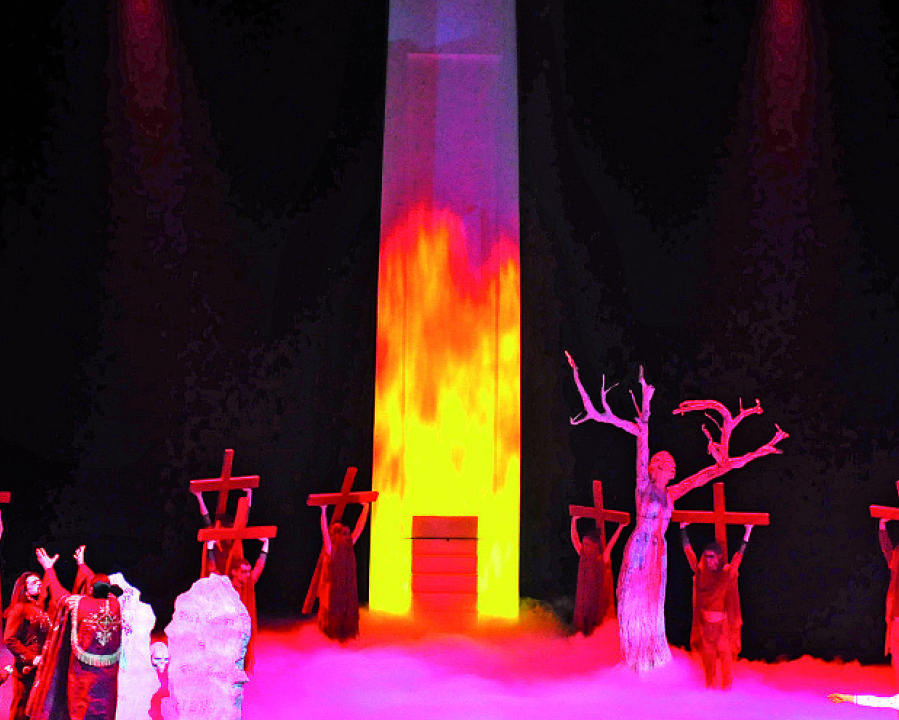 Dracula at the Paris Palais des Sports with the WildSun 500

It is with the help of Kamel Ouali, in the production of this musical comedy performed at the Paris Palais des Sports, that the famous lighting designer Jacques Rouveyrollis invoke Count Dracula in 3D and with LEDs.

In this monumental set and among the numerous stage levels, in distancing himself somewhat  from the conventionality of ballets and other plays, the director of photography had to find a few new tracks and new angles to illuminate in order to justify the presence of the projectors chosen for his kit.

And since this artist likes discovery, he took the advice of Cyril Prat, technical manager of Arpège, to integrate LED projectors, in offering pride of place to Ayrton’s Wildsun 500.

Another form of lighting with new types of projector and video support for a unique musical comedy will make for a great evening…even with vampires.

In tackling the principal difficulty of the venue, which was to succeed in creating light and colours facing a 3D projection, Jacques Rouveyrollis and his team sought new projection angles by installing bridges in the auditorium and by relying on WildSun 500 moving heads to provide the show’s washes.

« Throughout my career, » explains Jacques Rouveyrollis « I have always enjoyed testing new ideas and taking risks. I am delighted to have discovered these moving heads that do such a great job. »

And even if the show’s lighting arrangement seems modest compared to the designer’s numerous other projects, each projector chosen is there to create subtle and mysterious lighting effects, always with the aim of showing off the stage.

Cyril Prat, technical director, admits his soft spot for the Ayrton moving heads and his desire to offer them pride of place next to the 80 other projectors rigged at the Palais des Sports: « For the washes, we have decided to rely on a new Ayrton LED product, the WildSun 500 (which, after comparison with some of its competition, proved to perform better, especially with respect to whites). I have to admit that I fell in love with their white, very precise and above all perfectly calibrated on all machines! »

It is their lighting properties that appealed to the engineer as well as the invaluable logistical and technical strong points in a kit installed on a fixed set for several months:

« It is surprising and very comfortable in a setup such as this one, with fixed projectors that have been running nearly every day for one or two performances for three months solid.

The manufacturer has made commitments in terms of output, calibration and has kept them problem-free. We have had no reliability issues. What’s more, the mix of colours on the WildSun is very cool. We were looking for washes with the restriction of a small lighting team without major maintenance possible on site that were capable of operating for four months without breakdowns. »

Visually speaking, Kamel Ouali’s Dracula is a success. The moods are just right from the start with an opening prologue in silhouettes and the appearance of the videos, delicately projected on all possible supports (sets, nets, floor, etc.), followed by the discovery of Dracula’s castle, washed in colour by Ayrton moving heads.

With its high-performance, the Wildsun 500 shows that the colour mix is efficient and that the diodes used (RGBW multichips) are very bright.

Between chiaroscuro and monochrome, the LED and special-effects projectors show that they also have their place on the theatre stage and are not reserved for concert stages, stadiums and other TV sets.