American musician, music producer, composer and DJ, Martin Vogt – known by his stage name of Haywyre – hit the road this February with his Discovery + Form tour to mark the release of his latest series of EPs, Panorama, in November 2018.

Kicking off at The Crocodile in Seattle on 22 February, the tour runs for 17 dates culminating on March 22 at the U Street Music Hall in Washington DC. The venues throughout the tour vary in size from the 350-capacity Catalyst Atrium in Santa Cruz to the 800-seat EchoPlex in Los Angeles.

To maintain the visual integrity of the production between venues, lighting designer, Taylor (Brotay) Copp chose Ayrton MagicBlade™-R fixtures, supplied by Hivemind Lux LLC (www.hivemindelectronics.com), as his highly versatile key lights. These are rigged on a series of black poles upstage left and right, flanking a large LED wall, an arrangement which allows the set up to be flexible and expandable, depending on the needs and size of the venue.

“We have up to three poles on either side of the stage with a central pole carrying two MagicBlades and two flanking poles each rigged with a single MagicBlade,” says Eric Bindman, Haywyre’s tour manager. “We can up- or down-scale this arrangement to suit each venue, and because it requires no overhead truss, we can fit into the smallest room. At Santa Cruz the stage is only 13’ x 20’ so we were able to squeeze in just one pole on either side with two MagicBlades on each.

“The complete scaleability of the design means we can keep true to the identity of the show design without having to rework the set from venue to venue. This is really important from the artist’s point of view because Haywyre’s shows are so emotive and visual that he relies heavily on our visual cues. And for the audience experience, we can be sure to deliver the same standard of show to every venue – whether the capacity is 300 or 800, it still looks like a big show – so the MagicBlades are totally instrumental in keeping the promoters and the artist happy!”

This is not the first time Bindman has come across Ayrton fixtures having first encountered MagicBlade units on stage at a festival in Canada. “I found the MagicBlades incredibly intuitive and very versatile, so as soon as Taylor mentioned that he owned some and wanted to design the Haywyre Discovery + Form Tour stage around them, I immediately loved the idea. I knew that not only would they be a perfect foil to Haywyre’s style, but also a fantastically versatile touring light.”

Haywyre’s musical style is eclectic and experimental, crossing genres and continents (he was born in America but raised in Austria) as it encompasses a synthesis of jazz, classical and contemporary electronic music. His musical expression is played out on keyboards and keytar, having spent 14 years studying the piano, backed on stage by performance videos and live instruments.

The unusual shape and properties of the MagicBlade-R prove the ideal lighting tool for Brotay to echo Haywyre’s style, as he uses the MagicBlades to frame the artist, alternating dramatic cross light with dynamic and static configurations, running chases and video content through the linear faces of the fixtures as well as mixing up the style with position and alignment.

As a key point in the introduction and during keytar solos, Brotay uses the MagicBlade-Rs to form a curtain of downstage light, and again throughout the set when solo objects or backgroundless figures are placed on the LED wall to complete the 3D environment. The number of individual pixels (56 to be exact) afforded by the MagicBlade-R fixtures allows him the creative freedom to build complex chases on a rig that consists of only 8 fixtures, and, by eliminating a few of the LEDs in the fixture, divide the arrays into several beams.

“We wanted to have something that really allows our stage design to stand out from those of other artists out there,” Brotay says. “Many of the venues we are visiting don’t have movers, and using the MagicBlades in this way enables us to bring something new and exciting to these spaces. Using the 360° movement, we have been able to slice it up between static and moving states to create a wide variety of arrangements, and even incorporate the venue’s architecture to create something really memorable.

“The MagicBlade-R’s pixel mapping capabilities have been an incredible feature. What’s cool is that, not only can you drop media into the lighting program – I’ve mapped out a few ‘gobos’ onto them multiple times – but you can control it from Resolume as well. This allows me to really bridge the gap between lights and visuals.”

The creative possibilities have been maximised in Brotay’s design as he takes advantage of all the features MagicBlade-R has to offer. “We particularly love the output of the MagicBlade beams, and are constantly shooting the lights into each other to create horizontal shafts across the stage. Aesthetically the MagicBlades are a great crowd engagement tool. There is one specific light pattern, during Tell Me, when Haywyre walks upstage into the cross stage shafts of light as he goes into a keytar solo. At this point we are outputting red, green and blue chases from the MagicBlades to throw a rainbow onto the artist, actually shooting him with light. It’s a completely different way of using the light and the crowd reaction has always been exceptional!”

It seems it’s not just the audience that the fixtures are exciting: “The MagicBlades are a real conversation starter with the house crews too,” continues Bindman, “They are creating a lot of attention wherever we go because of the light they create, the beams, the chases and the movement which as so unusual compared to regular moving lights.”

Bindman and his team have also been impressed with the reliability and handling of the MagicBlade-R fixtures on tour. “The MagicBlades are a breeze to work with, and their tour worthiness and ease of set up has been extremely valuable,” he says. “We are a small team on the tour, so easy handling and quick set up is vital.

“Being so simple to rig has allowed us to teach anyone how to do it quickly: our merch girl, driver and local stage hands have even given them a shot and have all confidently offered to rig more! The MagicBlades are so intuitive to work with that no experience of handling them is necessary, and they are engineered so well that they are easy to rig even after a long drive and little sleep – a benefit which speaks for itself on tour!

“The MagicBlades have proved physically durable and extremely reliable, and capable of handling anything the tour can throw at them. They are surviving a rigorous nationwide tour, going through all regions in the heart of winter and have stood up admirably,” confirms Bindman. “They are always ready to go as soon as you get them out of the box and we’ve had no issues with them. That says enough about their durability!” 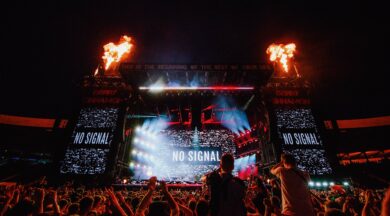 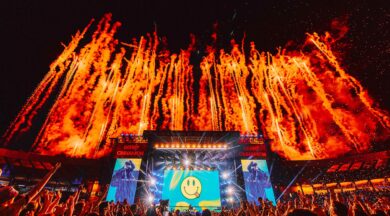 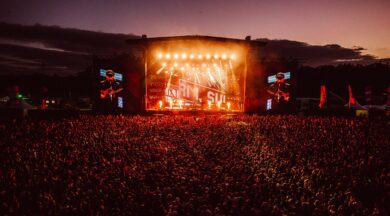 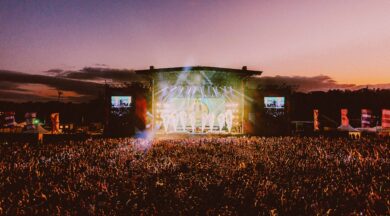 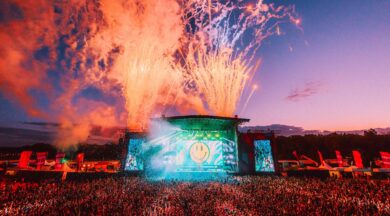 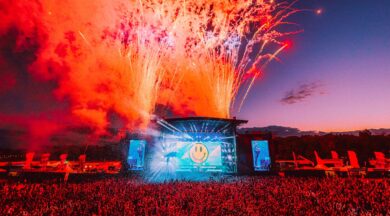