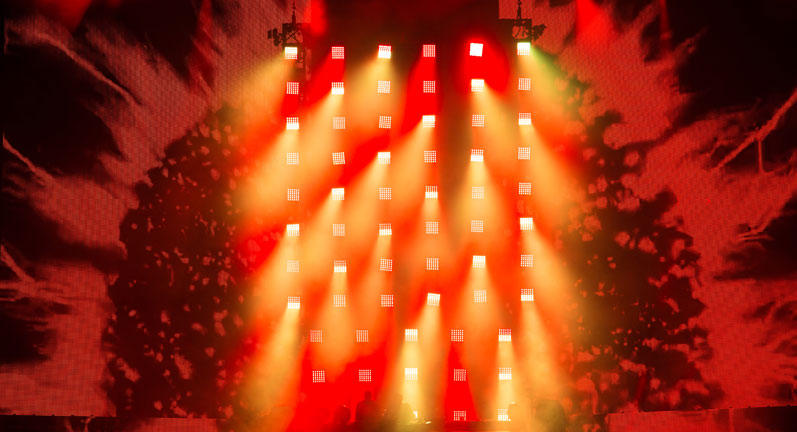 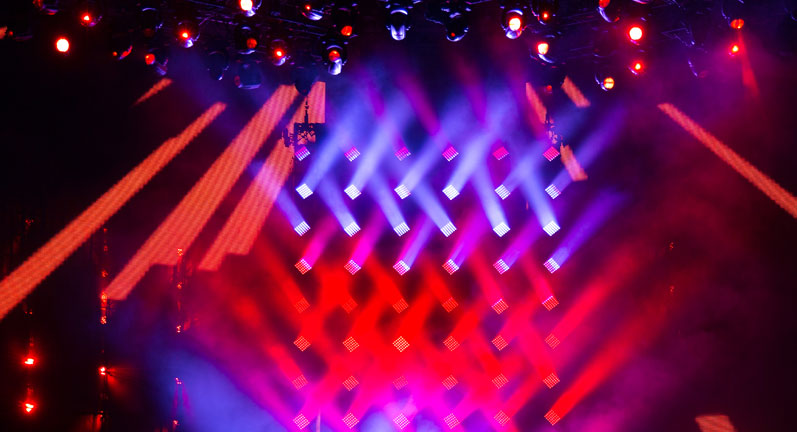 Picture this: Randall’s Island, New York. Twelve hours of non-stop music on 5 stages over 3 days. This is the arena in which Ayrton’s MagicPanel™602 performed at the 2013 Electric Zoo Festival, New York’s largest Electronic Dance Music event.

The craze for EDM has increased in recent years and with it the expectations of the audiences, 150,000 of whom flocked to see 190 international artists from the global electronic music scene at this, the fifth year of Electric Zoo. The Festival has doubled in size each year and this year saw the addition of a new Stage – the ‘Main Stage East’ – which featured over 8,000 square feet of Nocturne 28 mm video screens surrounding a matrix of 80 Ayrton MagicPanel™602 LED beam projectors.

Electric Zoo’s Creative Director and Production Designer, Jonathan Goldstein, has provided Design and Technical Management services for the Festival since its beginning via his company StarLight Visual of New York City. He has been responsible for pushing the boundaries of technological originality every year to create more fabulous visual environments with ‘more edgy innovative designs’

“The concept for the Main Stage East was to make lighting an element that was at the forefront of the design,” says Goldstein. “Knowing that many artist’s productions would give kick back as video and LED walls are so overly used in this genre, it has become an arms race as to who has the bigger ‘TV screen’ behind them… In this case I took on the challenge of breaking the standard mould of design and sequestered my Design Associate, Matthew Shimamoto, to find me new lighting elements that could replace the size and scale of a 50’ high by 30’ wide video wall. In comes the MagicPanel™602.”

Goldstein and Shimamoto first discovered to MagicPanel via You Tube videos of the impressive, 25-fixture display at the ProLight & Sound trade show in Frankfurt, Germany (April 2013). They reacted immediately and assembled, what was at that time, the largest MagicPanel installation in the world, more than trebling the size of the original show display!

Goldstein’s design incorporates 80 units which form the central focus of the design on the Main Stage East. He believes MagicPanel brings something unique to the Festival and gives him the opportunity to ‘bring lighting to the forefront in the design’ in an environment where the trend is increasingly ‘video, video and more video’. And MagicPanel has proved itself more than capable of coping with the high light levels, not only of the surrounding video walls and lighting fixtures, but of the daylight conditions of the outdoor venue.

“It’s amazing because during the daytime it can battle the sun and still be used as a viable design element, the intensity is numbing even during the day being used as ‘eye candy’ into the crowds eyes,” says Goldstein. “At night the fixture intensity had to be reduced so drastically as they were overpowering every other element in the design, but here is where you can really show the impressive beam column, as well as the LED mapping features available to us.”

“We are using it in the 160-channel mode, so we are using every single feature of it,” says Shimamoto. “We’ve got a slew of MA NPUs to drive them… It’s pretty impressive. Just running basic effects through it is impressive. Overall the sheer brightness of it is just crazy …and the fact that it can rotate like that in 360°, it’s really cool.

“In the current configuration we have hazers and foggers throughout the whole stage and, when we fill it all up, the aerial beam from these MagicPanel units is “super-beamy”… when we use them with just, maybe, two pixels and spin it around. So we get a lot of different looks out of it, which is really impressive, versus having something that is very “washy”, because a lot of units out there are in that very “soft” configuration. I like the fact that it has a hard-beam quality to it.”

The MagicPanel units were mapped using bit-mapping through a grandMA2 Full Size console as well the onboard features of effects, and controlled via DMX, without a media server. “The plan originally was to run media through it, but with normal budget constraints we weren’t able to make it happen this time,” says Shimamoto. “We have so many guest artists coming through the festival; we are just trying to make it as simple as possible for them to operate. The plan is, if everything goes well, maybe this will return next year and we will get a little more extravagant with how we use it…We’ll get there, but this is a stepping stone to get to the next level.”

Morpheus Lights of Las Vegas, Ayrton’s US distributor, provided the MagicPanel™ fixtures to Electric Zoo lighting contractor PRG, of Secaucus, New Jersey and supported PRG’s technology department to insure the installation and operation of the fixture array was flawless.

With thanks to SoundLightUP magazine.