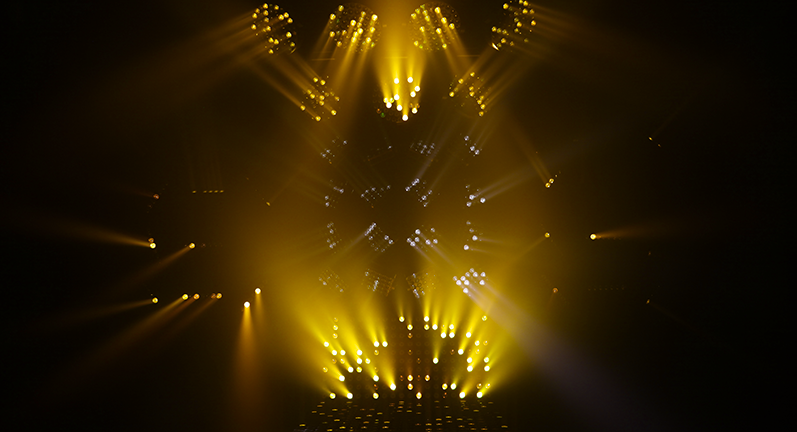 Following a new distribution partnership for the UK freshly signed with Ambersphere Solutions, Ayrton’s return to PLASA where it last exhibited in 2011 was a complete triumph.

The company launched two new products at the show, with the NandoBeam™ S9 and MagicRing-R1™ receiving their world premieres, and showed off the newly released Radical Series for the first time in the UK in a spectacular light show. The response was rapturous.

“The British visitors were delighted with the new Ayrton products, and discovered many new fixtures which had never been seen in the UK before,” says Valère Huart, Ayrton’s International Sales Manager.

NandoBeam™S9 is the big brother of the NandoBeam™S3 and NandoBeam™S6 LED moving head fixtures, offering 55 x 15 W RGBW LED and the same massive zoom range of 8° to 40° in a highly controllable, rock-solid package.

MagicRing-R1™ is the hot-off-the-press addition to the Radical Series offering 7 x 15W LED RGBW sources, large 67mm optics and a high intensity output of 3200 lumens from only 130W of power. Crucially, MagicRing-R1 features the Magical speciality of Ayrton’s unique continuous pan and tilt to make it one of the fastest, most powerful and versatile fixtures around.

Ayrton’s Radical Series, which takes its name and inspiration from the world of high-performance vehicles, exhibits a honed and streamlined appearance, a very narrow and intense beam, state-of-the-art thermal management and an incredible output to maximise the potential of each product, without compromise, to deliver the best performance possible.

“PLASA 2014 was a very good exhibition for Ayrton,” continues Huart. “We are extremely happy with the positive reaction we received to all our new products and impressed by the breadth of market coverage the show attracted: technicians, lighting designers, event companies through to touring companies, there was huge interest in Ayrton which was global and wide reaching.”

Ayrton exhibited opposite the Ambersphere arena having recently announced the appointment of Ambersphere Solutions Ltd as its exclusive distributor for the UK. Ambersphere joins the ever-growing worldwide network of dedicated Ayrton distributors which provide their customers with informed and focused support for the rapidly expanding range of Ayrton products.

“We are very pleased to be working with Ambersphere which has such a knowledgeable and dedicated team, and are very confident of a positive future with them,” says Huart.