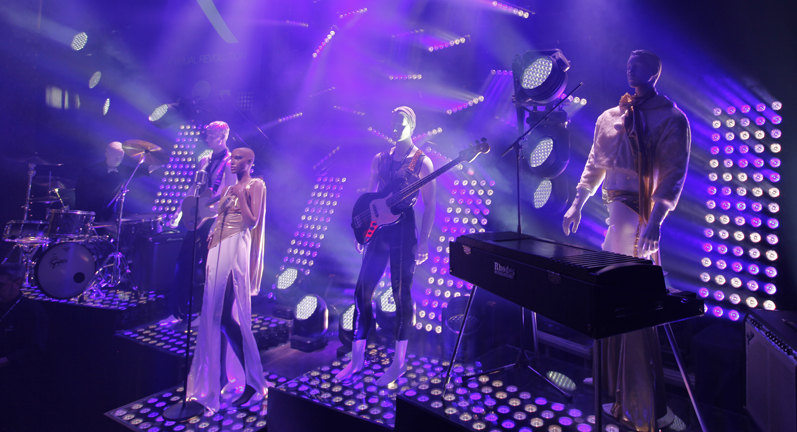 PROLIGHT+SOUND 2014: A VISUAL REVOLUTION AS AYRTON LAUNCHES NANDOBEAM™S6 AND THE RADICAL SERIES

Ayrton astonished and delighted visitors to Prolight+Sound with the launch of several major new products: NandoBeam™S6 and Ayrton’s new range of lighting fixtures, the Radical Series (R Series).
NandoBeam™S6, the Big Brother of the NandoBeam™S3, received its official launch at the show.
Twice as powerful as its little brother, NandoBeam S6 is a very compact, ultrafast moving head. Equipped with 37 RGBW LED emitters, NandoBeam S6 shares the S3’s same lightweight optical system and ultra fast 5:1 zoom.
Designed primarily for use on concert stages, events and in television production, NandoBeam S6 exhibits quick, dynamic movement along with Ayrton’s fabulous colour palette and a powerful 8° to 40° beam spread.
Ayrton’s new Radical Series has been developed to maximise the potential of each product, without compromise, to deliver the best performance possible.
Taking its name and inspiration from the world of high-performance vehicles, the Radical range exhibits a honed and streamlined appearance, a very narrow and intense beam, state-of-the-art thermal management and an incredible output which increases its scope to suit all arenas and stadiums from small to large.
The major power under the bonnet comes from the unique new 67mm optics in association with ultra efficient RGBW multi-chip LED sources. This creates an intensive 4.5° beam with a massive output and a centre beam luminous intensity of over 100 candela per lumen. The result is a range of fixtures with long throw capacity but low power consumption, all encased in a light-weight, compact housing.
Aesthetically, Ayrton’s Radical Series is minimalist in design, reducing the visual footprint of each luminaire: the gap between each optic has been reduced to a minimum and the integration of the rotation system driving the famed continuous PAN and TILT for MagicBlade™-R, MagicRing™-R and MagicPanel™-R has been improved to reduce the arm thickness.
Reliability is ensured by the stringent selection of LED sources which guarantee constant colour reproduction and a considerable lumen output. Longevity is enhanced by the improved thermal management system.
Speed is increased by the incorporation of a new generation of faster 32-bit circuit board which allows complete management of the large numbers of channels required for ‘point-by-point’ control and across hundreds of fixtures within large-scale installations. Powerful three-phase stepper motors ensure dynamic, fast and precise movements across the PAN/TILT axes.

Tantalising hints of the new WildBeam-R and IntelliPix-R fixtures were disclosed in pre-show publicity, but the remainder of the R Series – MagicPanel-R, MagicBlade-R and the spectacular MagicRing-R9 – were launched as a complete surprise to the public at Prolight+Sound.
“We like to keep a little back for the show to give our customers the excitement of discovering for themselves the latest innovative products Ayrton has created for them,” says Ayrton Export Manager, Valère Huart.

“The response to our new Radical Series and the NandoBeam S6 has been tremendous,” says Huart. “Every year we attract more and more visitors to our stand at Prolight+Sound and every year most of them become clients!”
“The industry recognizes Ayrton as a fast-growing company with a long history of innovation which delights in creating the tools that enable lighting designers to realise their design dreams.”
“Our product ranges continue to innovate and to excite while our high-profile presence on some great tours and events like the Nine Inch Nails tour and Bruno Mars’ appearance on the Super Bowl Halftime Show has raised Ayrton’s profile and gained our fixtures a lot of credibility.”
“Lighting designers see the potential and reliability of Ayrton products and the release of our new R Series has extended the possibilities still further.” For more information on any of these new innovations from Ayrton, visit www.ayrton.eu or contact your local Ayrton distributor. 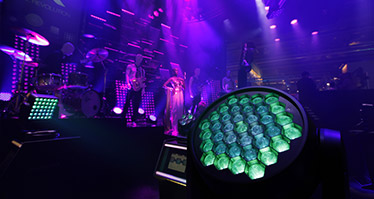 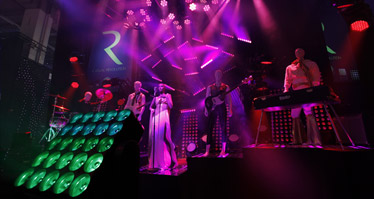