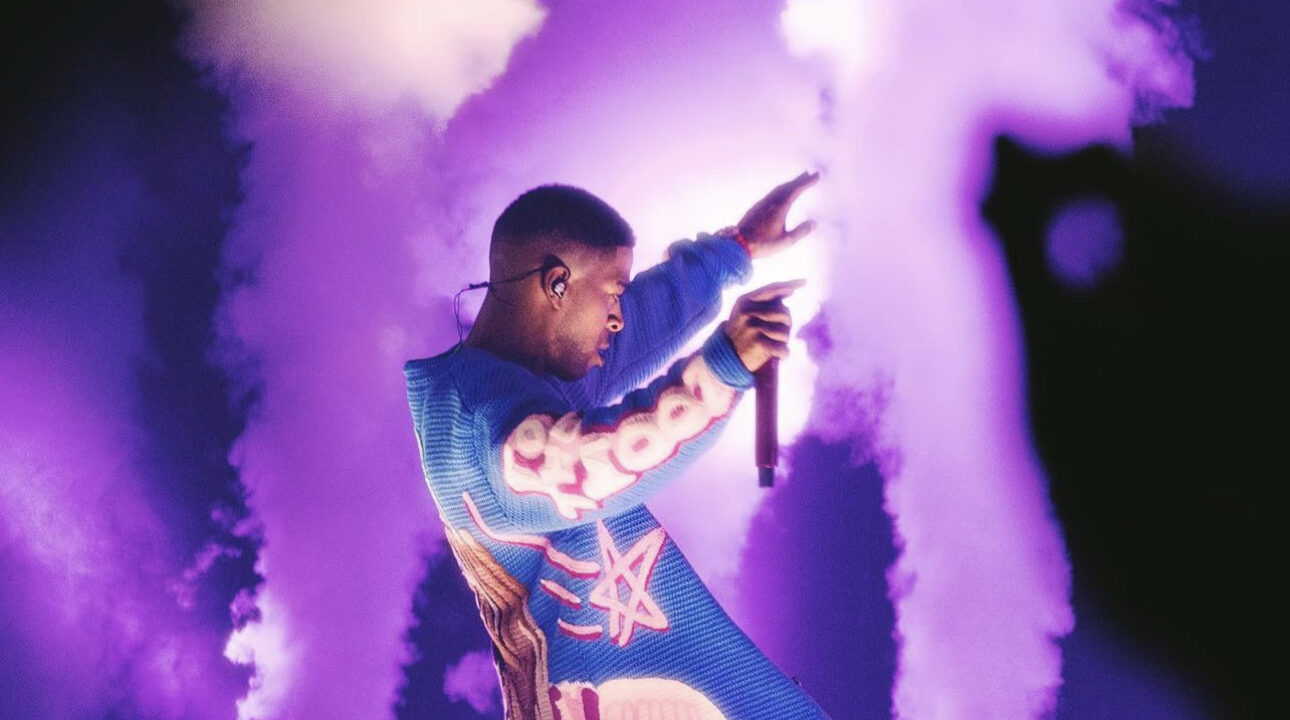 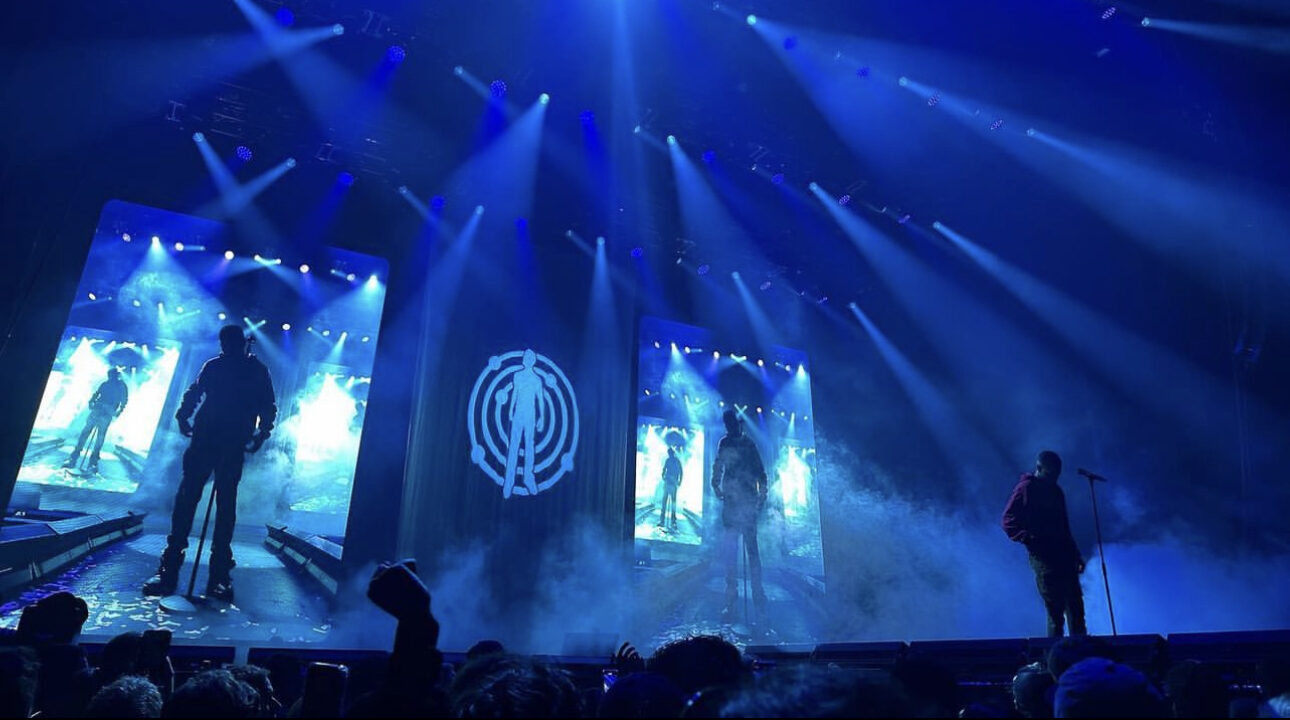 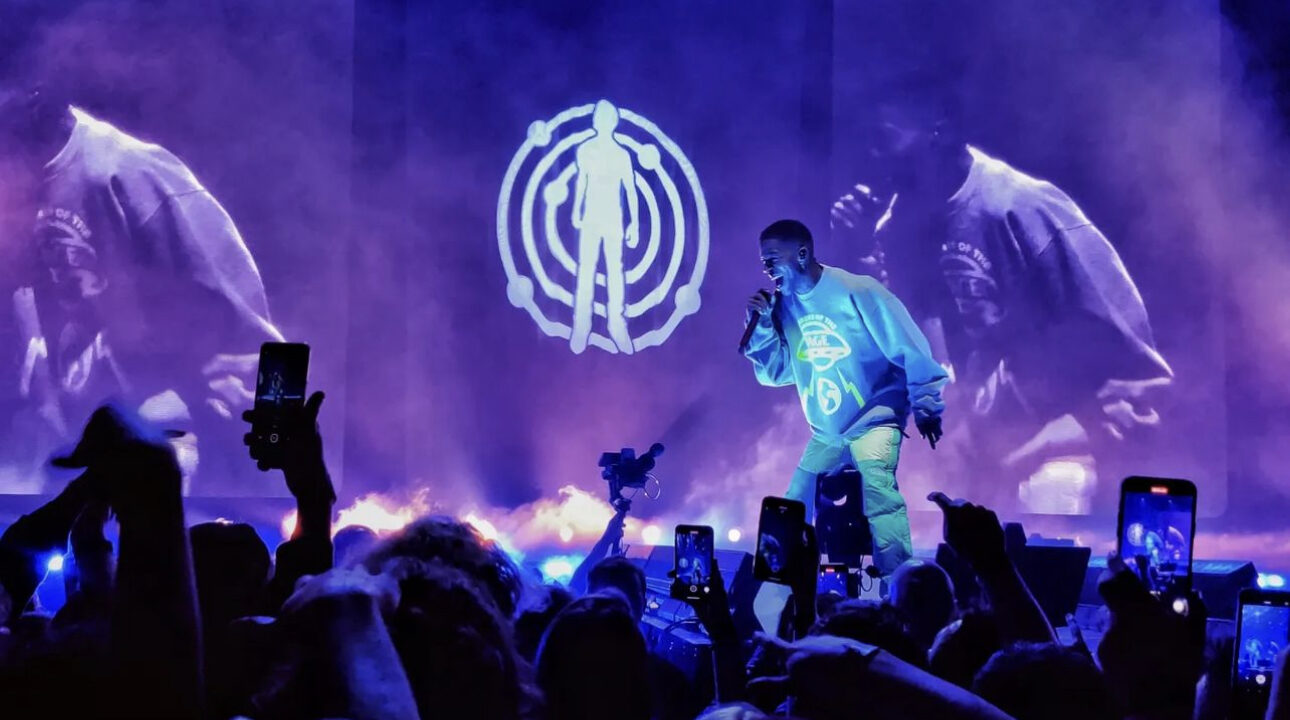 Hip-hop artist and producer Kid Cudi recently wrapped the European leg of his To the Moon 2022 World Tour with dates in Berlin, Amsterdam, London, Brussels, Paris and Milan that featured an extensive Ayrton lighting rig.  ACT Entertainment, Inc. is the exclusive distributor of Ayrton products in North America.

Lighting director and programmer, Austin Schneider, who does lighting design and programming for US-based full-service production company, Raw Cereal, chose Ayrton Khamsin LED profiles and MagicBlade R LED moving lights for the European shows.  The dates followed the North American leg of the tour and a stop in Japan. During the same period, Kid Cudi released his eighth studio album, Entergalactic, the companion to an animated special of the same name.

For the European tour Schneider handled lighting only, modifying the design of the just-concluded North American tour.  “We kept the idea of the North American run and simplified it with a rig of Ayrton fixtures that always have really great colour, look good on camera and punch through the video,” Schneider explains.  “Kid Cudi likes to connect with his fans, so the show focused on IMAG with two vertical screens with Notch and no other content.”

As the name of the tour suggests, the show had a space theme with the European dates “embodying the feel of walking out of a spaceship,” Schneider says, “with low-lying fog, pixels with creative effects and big shapes for the audience.  The Ayrton fixtures delivered space-themed looks that enabled fans to be in the same world that Kid Cudi inhabited.  They also allowed us to react fast – Kid Cudi might walk into a rehearsal and ask for something different and we needed the fixtures to be able to execute that.”

Schneider was challenged to assemble a rig that was scalable and suited an array of environments since the six European venues featured two arenas, three music halls and a club.  “It had to be very flexible,” he says, “big enough for the arenas but able to scale down for more intimate spaces.”

Schneider has used Ayrton fixtures a lot recently, including on the European leg of The Strokes world tour.  “I’ve always been a big fan of Ayrton,” Schneider says.  “Most shows I’ve done in 2022 have had at least one type of Ayrton fixture on them – there are a lot of creative solutions and unique fixtures in the Ayrton line.”

“The entire aerial rig consisting of four linear trusses was Ayrton with the MagicBlades lining the front of the trusses,” Schneider explains.  “The Khamsins are so bright and have a lot of features.   They were rock solid, their focus range so sharp with no chromatic aberration.  They have a really wide zoom range and are extremely fast, so I could run a snap zoom on a beat, which is very impressive.”

Some Khamsin fixtures on the downstage truss featured custom Kid Cudi logo gobos to project onto the upstage curtain and then spin out into the venue.  “It was easy to use the custom gobos,” Schneider says. “Sometimes you don’t get the same performance from custom gobos that you do from stock gobos, but these looked insanely sharp; I was able to manipulate them across the zoom range and they didn’t lose brightness.

“The Khamsins were compact, easy to hang, powerful and fast.  Their CMY red is actually red, and I could de-saturate and not blow colours out.  The variable CTO was really great for backlight for IMAG; I could roll the frost in, have variable CTO and get a really good look for camera.  The video team really liked that – it was nice that everyone enjoyed the fixtures: the screens director and I were both happy.”

While the MagicBlade R units are “effects-centric fixtures,” Schneider liked “having a bar yoked to the front truss to create big shapes, unique aerial looks that held up and punched through,” he says.  “I did a lot of bit-mapping on the console to run video across the fixtures for unique effects in the air.”

He calls the MagicBlade Rs’ “360 infinite pan and tilt really unique.  You can make consistently spinning, windmill-y effects – a good trick to have in your pocket.  Not every fixture can do that.  I can also build interesting positions and creatively use pixels to get unique sheets and textures in the air.”

“We can always count on ACT, and Bradley Cronenwett [in Regional Outside Sales], for support, even for the smallest thing,” he adds.  “We know ACT will be there to take care of us.”

Anders Rahm and Cort Lawrence are the Co-founders and Executive Producers at Raw Cereal.