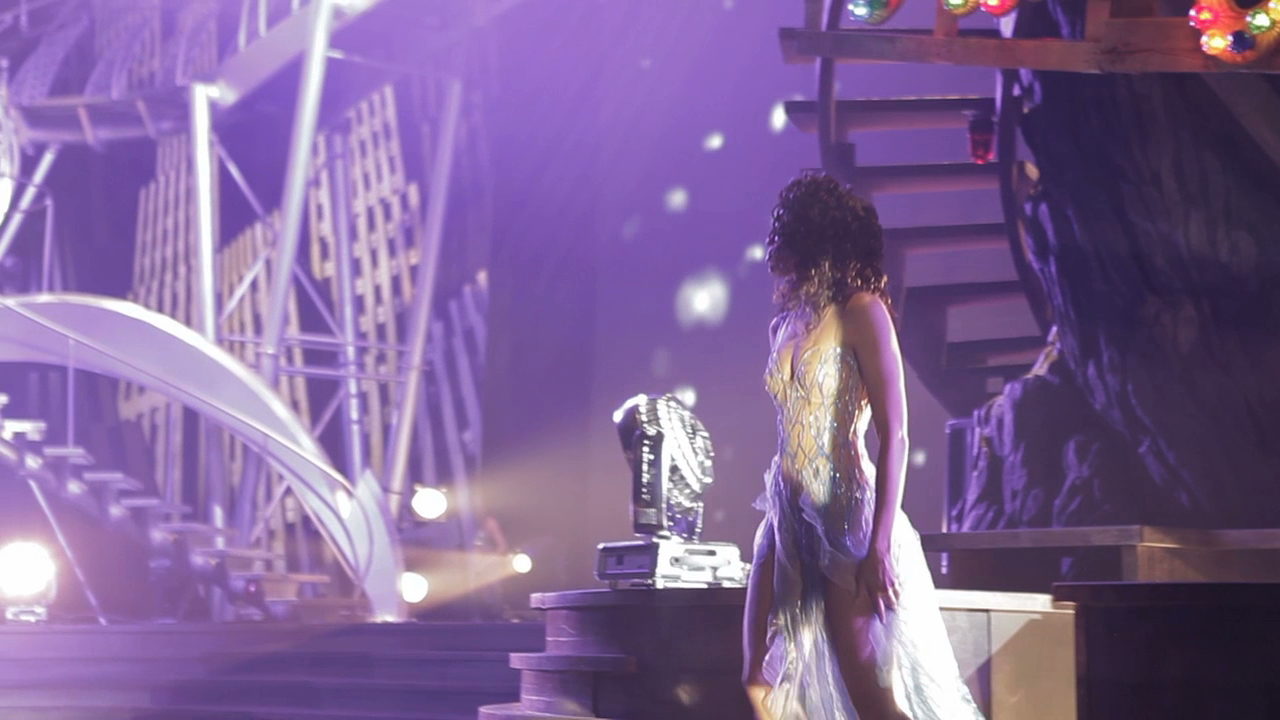 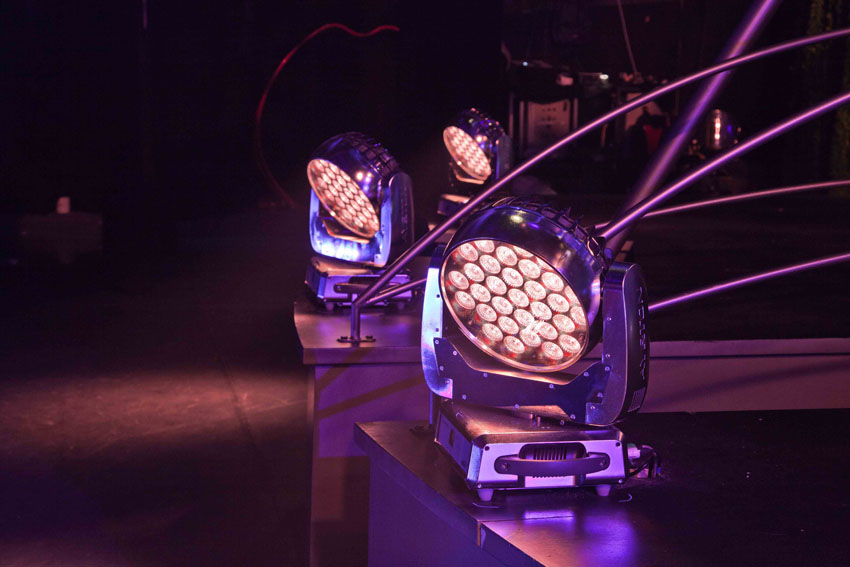 ADAM & EVE IN THE GARDEN OF LEDS

The lighting designer Dimitri Vassiliu has selected the latest generation of Ayrton LED projectors to illuminate the magnificent set designed by Mark Fisher, for the musical comedy Adam et Eve, produced and composed by Pascal Obispo.

The attractive Rollapix strips with their double zoom and their eight LED sources are on display.

In looking for a small discreet projector to be set up in front of the stage, the designer does not conceal his pleasure at having been instrumental in sourcing this ultra flat motorised linear tilt luminaire.

Secured vertically and mounted on a special base developed by Ayrton, the Rollapix enable him to produce choreographies and to give the illusion of movement.

The Versapix also has its place in the set. This projector with its quarter-light-ring shape has enabled the creation of a large mirror ball whose structure is in fact made up of 16 Versapix.

This makes for an interesting luminaire for the designer, since each RGBW element of the diodes is controlled individually.

This preference and choice of projector could not have been achieved without the mutual trust that exists between the manufacturer and French lighting designer of the largest shows in France, who admits that his faith in LEDs was restored thanks to this collaboration.

He admits to have finally found beautiful whites, and beautiful colours with depth and appreciates being able to truly work the pastels.

In short, Ayrton’s work on the projector’s design won him over: Because if a projector is on display, I would like it to be beautiful. The Rollapix is a lovely little strip with a beautiful finish. The Wildsun is superb. The back is also very stylish.   I also had them chrome-plated to blend into the décor.

In order to continue fitting out his LED garden, Dimitri Vassiliu has rigged WildSun 500 moving heads on the bridges, flanked by the inescapable Spot and Wash lamps. A decent number of traditional projectors line the stage of the Palais des Sports, complemented by four large Icecolor 500 luminaires, two in the courtyard and two in the garden.

Since the WildSun luminaires really seem to appeal to the designer, he also installed a number of them on the floor. The advantage is that its zoom really opens out to capture the set, yet it is narrow enough to light a specific spot.

The flux and colour of the WildSun 500s are impressive. They bring rich and dense colours, fantastic ambers, saturated levels of blue and red that were unimaginable from such a compact source until today. All of these “small” sources can be used in close-ups, panning in on a specific part of the set or washing the space in colour with their zoom and providing new possibilities in terms of depth. The control of the LEDs by light-rings allows for vibration effects and the electronics response results in ultrafast, very powerful strobes.

The small Rollapix light strips are the stars front stage, providing us with fierce electronic flashing in white, or delightful effects such as the slow falling of heavy smoke towards the audience on blue light rays.

And if an impressive video installation is added to this already extensive lighting kit, only superlatives can be used to describe the two years of work by Pascal Obispo and his team.